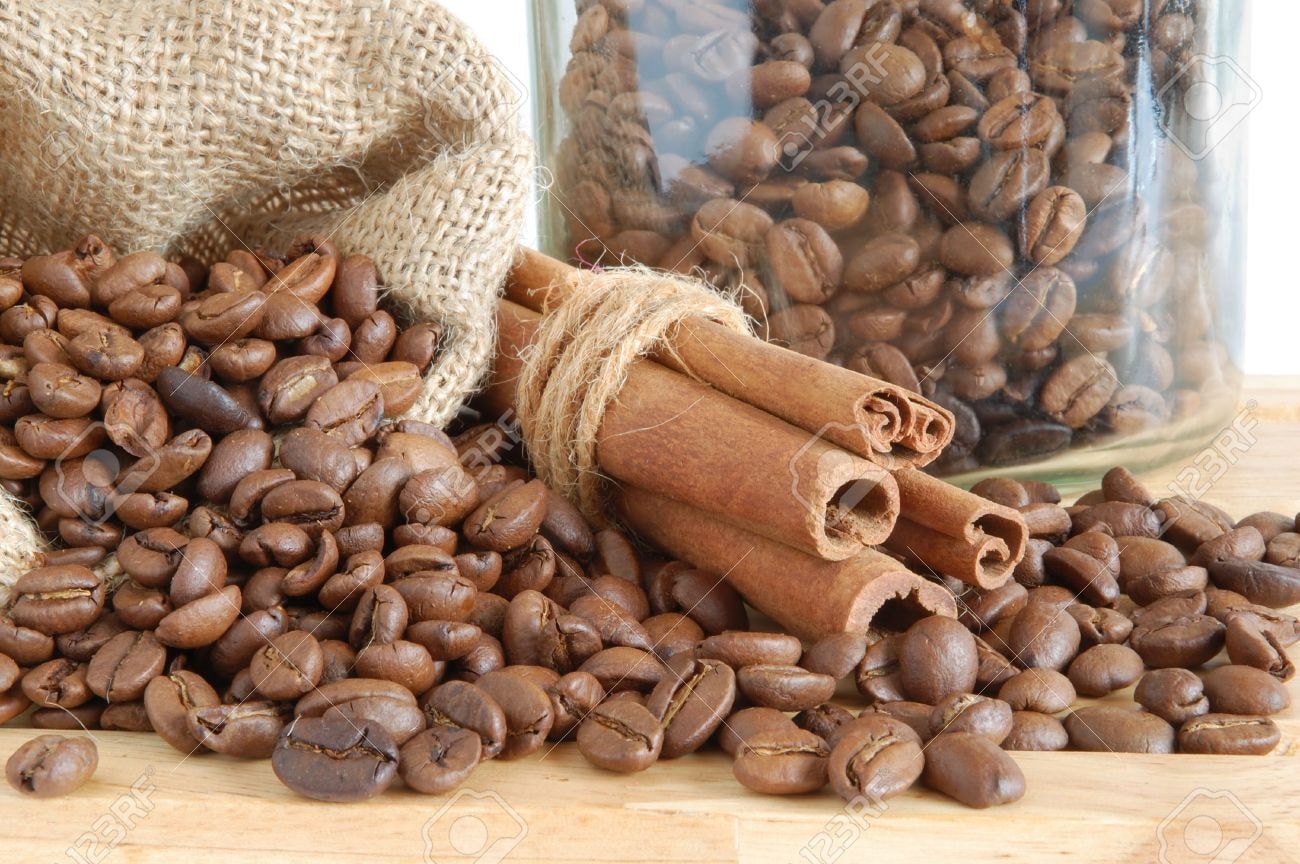 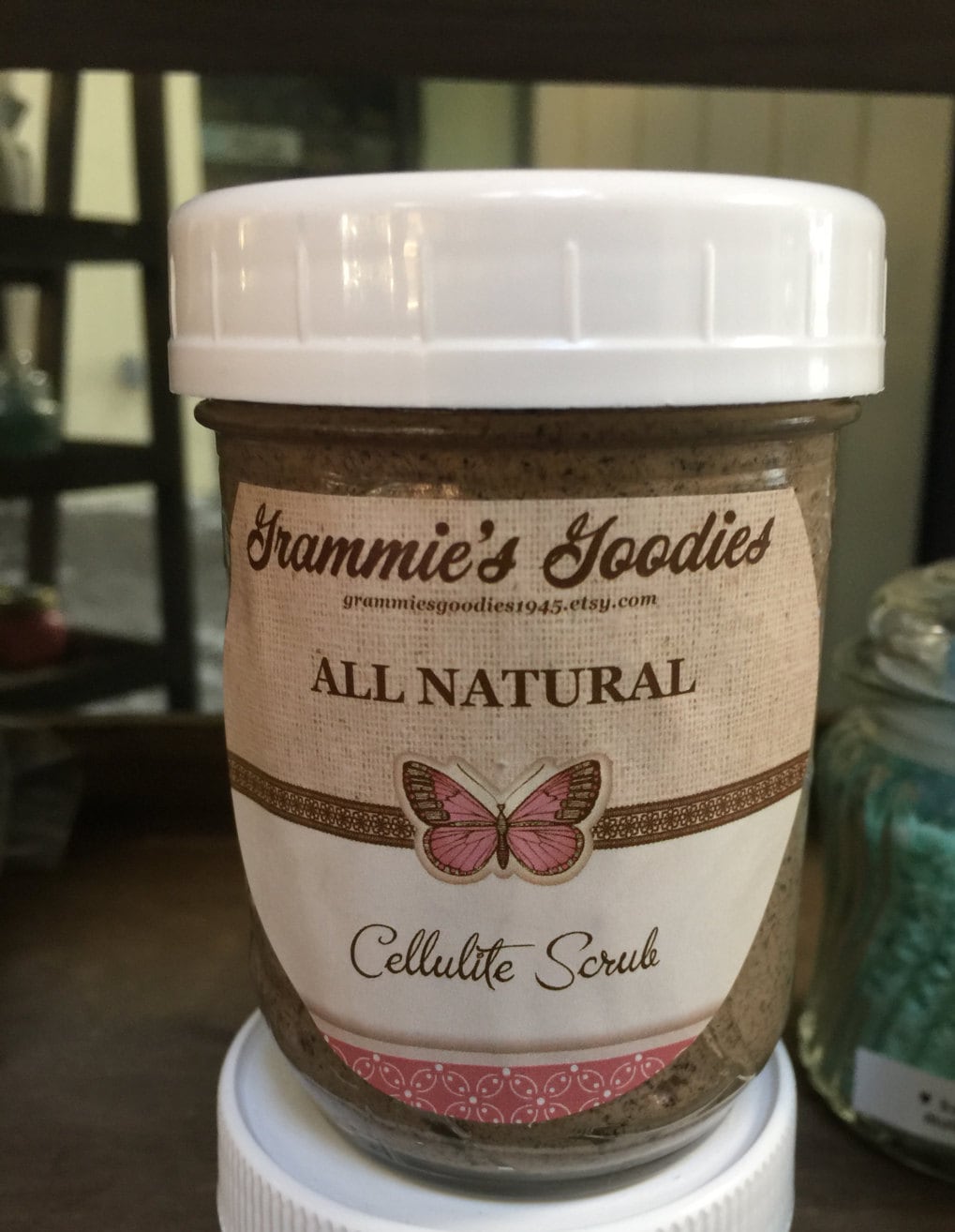 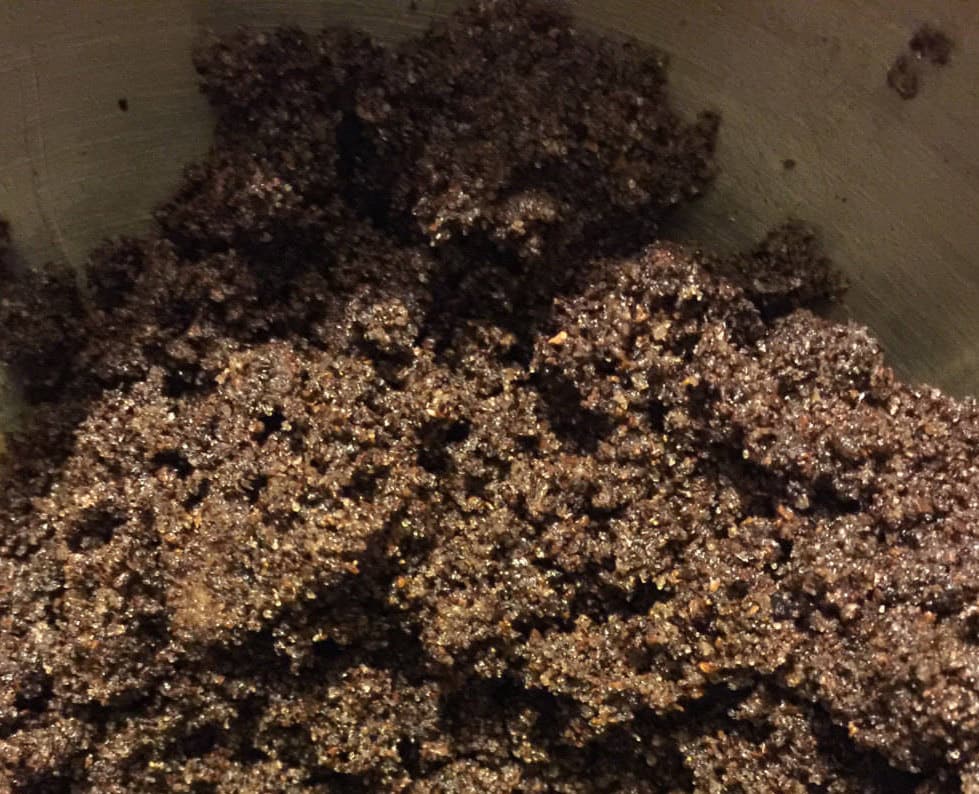 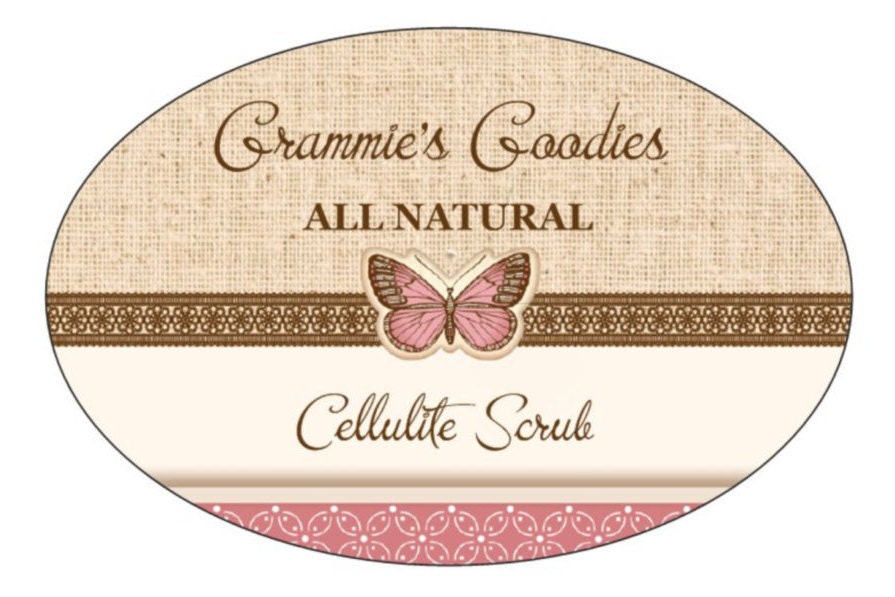 Coffee is rich in antioxidants, making it an awesome anti-inflammatory ingredient. It contains caffeine, which draws out excess moisture from your skin, causing it to look and feel smoother and firmer. In this scrub, coffee acts as a mild exfoliant, removing dead skin cells and exposing fresh, soft skin. Coconut oil is one of our favorite natural beauty ingredients over here. It’s incredibly moisturizing and filled with vitamins and minerals, which it locks securely into your skin. For a deeper exfoliation cane sugar acts as a second exfoliant in this scrub. Cinnamon helps to clear your skin of any bacteria. It also brings blood to the surface of the skin, helping to smooth out any lines that may be present.

To use: Scrub in small circular motions on back of thighs and other cellulite prone areas. Rinse thoroughly. Repeat daily and you should see improvement within two weeks. Due to the organic nature of this product, you may need to shake or stir product before use.

Cellulite enemy #1 is caffeine, which tightens and provides antioxidants to the skin when applied topically. When applied religiously, it has been shown to reduce the appearance of cellulite—especially over time. Here, we combine coffee grounds with moisturizing, skin-soothing coconut oil and a bit of cinnamon salt for an extra kick. By massaging this trifecta onto any problem area, you'll stimulate blood flow resulting in smoother, firmer skin.

Upon request, larger quantities are available and alternate scents available


History of Coconut Oil
The coconut has been a staple for vast populations all around the globe long before written history. Indigenous peoples, who relied on it for their primary source of food, also knew about the amazing usefulness of its oil. Dubbed the “Tree of Life” by pacific islanders, many believed it to be a cure for all illnesses.
The ancient natives of Hawaii anointed Captain Cook with coconut oil during their Makahiki festival. This ho’okupu (offering to the gods) was a time of spiritual cleansing.
The coconut was harvested two to three thousand years ago in ancient India, making it the oldest traditional crop grown. Featured in many Hindu epic stories (like the Mahabharata) it was also mentioned in the ancient Sanskrit epic, the Ramayana, as being a part of King Ravana’s dream.

History of Coffee Beans
Coffee grown worldwide can trace its heritage to the ancient coffee forests on the Ethiopian plateau. Coffee trees still grow as they have for centuries in the Ethiopian highlands, where legend says the goat herder Kaldi first discovered the potential of these beloved beans.
It is said that Kaldi discovered coffee after noticing that his goats, upon eating berries from a certain tree, became so energetic that they did not want to sleep at night.
Kaldi reported his findings to the abbot of the local monastery who made a drink with the berries and discovered that it kept him alert for the long hours of evening prayer. The abbot shared his discovery with the other monks at the monastery, and slowly knowledge of the energizing berries began to spread. As word moved east and coffee reached the Arabian peninsula, it began a journey which would spread its reputation across the globe.

SHIPPING TIME
Current processing time including shipping is about two weeks, unless we have prearranged another shipping and processing time. You will receive a tracking notification once your item has been shipped.

If you need an item rushed, please message us BEFORE you place your order

INTERNATIONAL ORDERS
International orders take approximately 2-3 weeks to arrive from the shipment date. We offer the lowest shipping rates available and include an additional discount to help offset the cost for our international customers.

CUSTOMS FEES
International orders may have additional customs fees and/or tariffs depending on your country. You, the buyer, are responsible for paying these costs. If you place a large order, taxes are especially high in UK, Germany and Australia - these fees are based on your order total - you can calculate the VAT fee here: http://www.dutycalculator.com/new-import-duty-and-tax-calculation/ (Use HS Code 3406.00 for candles).

INSURANCE/SIGNATURE CONFIRMATION
All U.S. orders sent Priority Mail will be insured. Please let us know if you would like to purchase insurance for First Class packages (tarts or tealights) or for International Orders. We do not require Signature Confirmation, as this is an additional fee. Please contact us before you order if you would like to pay extra to add this service.

LOST/STOLEN/DELAYED ORDERS
Unfortunately, we do not have any more information than you do (or the tracking indicates) once an item is shipped. If there is a problem with your shipment, please contact your local post office and give them the tracking number.

If an item is marked as "Delivered" and you have not received it, follow these steps: 1) Verify the shipping address is correct and that you have a mailbox with your name on it.
2) Check in with anyone else that might have received the package for you (ie. roommate, family member, neighbor etc).
3) Bring the tracking to your local post office to see if they're holding it or they have any further information.
4) If it has been 21 days after shipment and you've done steps 1-3 send us a message to let us know.

Grammie's Goodies is not responsible for stolen packages or any lost items that cannot have the insurance claimed (tracking labels that read "Delivered"). We are also not responsible for errors made by the Post Office. If your item is delayed past its "estimated arrival date" we apologize, but it is out of our control. We suggest filing a complaint with the USPS. A domestic package must be missing for 21 days with an incomplete tracking record before we can file an insurance claim and resend the order.

RETURNED ORDERS
Please verify that you have the correct mailing address before placing an order. If a customer has entered incorrect information, they are responsible for additional postage to resend it. If an item is returned to us for any other reason it is up to the buyer to repay shipping fees to have it resent. If you choose not to have it resent we can refund you the cost of the items, but not the original shipping fees.

GIFTS
If your purchase is being sent as a gift, no problem! Simply fill in the recipient's address in the Shipping section at checkout. We always wrap items nicely in tissue paper and never include the price. Please let us know in the "comments to seller" section what names to include on the "To/From" sticker (don't forget to include your name - since we don't see your billing address). Only one address and gift label per order.

I gladly accept returns and exchanges

Ship items back to me within: 7 days of delivery

But please contact me if you have any problems with your order.

The following items can't be returned or exchanged

Because of the nature of these items, unless they arrive damaged or defective, I can't accept returns for:

If you're not happy, please let us know and we will do our best to make sure we get it right. All packages are insured in case of loss or damage.

Don't see something you want? Ask and we will try and make it for you!
See more products at www.grammiesgoodiesandgifts.com

0 items in your cart